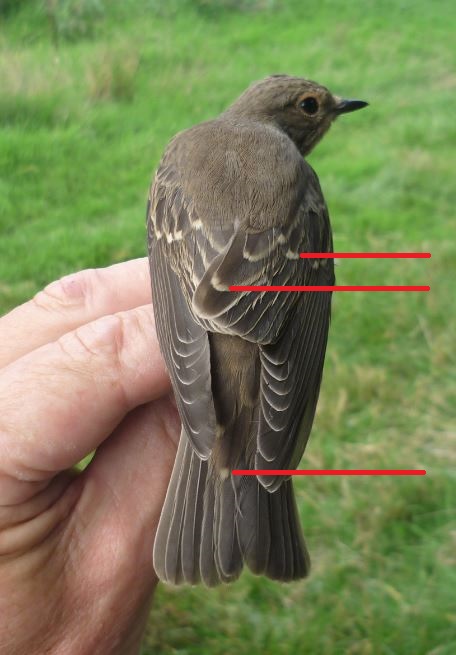 Spotted Flycatchers are one of the easiest species to age in the Autumn requiring only a cursory examination. First year birds have prominent pale tips to the greater coverts, tertials and upper tail coverts, all of which can be seen in the field and in the photo above. These pale tips and edges are absent in adult birds. By the following spring, after a complete moult in their winter quarters, adults and 1st years are indistinguishable. 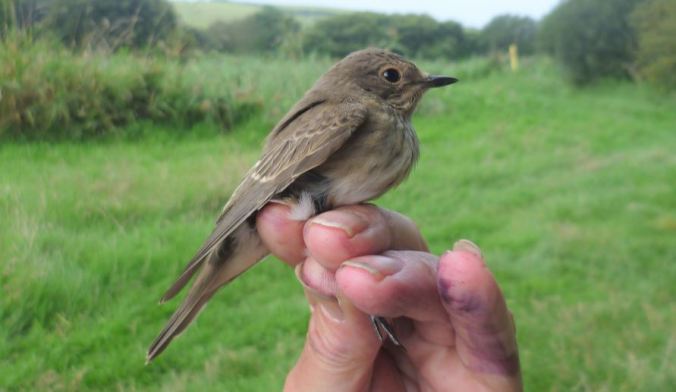 The wind was a bit stronger than I would have liked first thing this morning but as I had a meeting with Natural England on site later in the day, I got the nets up anyway. Turned out to be fruitful as the breeze forced birds a lot lower than they had been in the recent good weather and a couple of 1st year Spotted Flycatchers in the net together was a bonus. These are generally restricted to the treetops and evade capture. By mid-morning the breeze had dropped and the cloud cover gone. With the nets now glaringly obvious in the sunshine, numbers tailed off. The arrival of a contractor to mow the paths around the reserve precipitated an early finish as the two nets in Willow Ride were blocking his access. A total of 48 new birds were trapped: 19 Blackcap, 1 Blue Tit, 11 Chiffchaff, 3 Reed Warbler, 9 Sedge Warbler, 2 Spotted Flycatcher, 2 Whitethroat, 1 Wren. 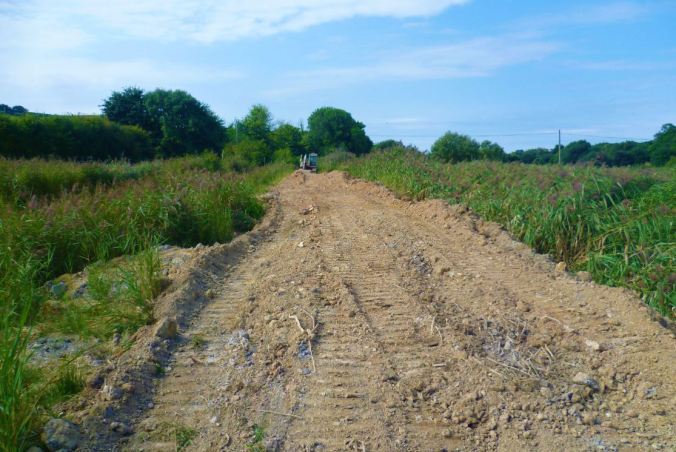 The drainage contractor has also been busy, levelling the spoil excavated last year from Horswell Ditch and scalloping the ditch banks in places. It looks pretty horrendous now, especially when compared to last months luxuriant vegetation, but the work had to wait until after the breeding season and at least we know that regrowth will not be a problem!

A bit of good news on the bird front as well. Whilst walking beside Ham Ditch, I heard the unmistakable calls of a juvenile Water Rail begging for food. I had speculated back in April that they might be breeding this year and this must presumably have been young from a second brood. Together with the Spotted Crake, also back in April, it shows what a difference a wetter reedbed makes. This was one of the topics discussed with the Natural England advisor as we are working together on proposals to construct sluices in the main drainage channel to restore and maintain the water levels. 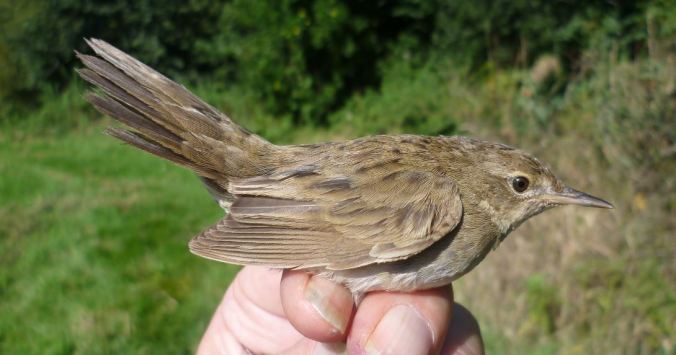 Apparently, SML was crawling with birds on Thursday but, by the time I arrived early on Friday morning, after a clear moonlit night with low winds, everything had moved on. That’s life! I live too far away to get there every day and, with 460 miles of commuting to and from the site in August, cost is an issue as well. Anyway, it was a pleasant sunny day with a steady trickle of birds and a good selection of warblers, the best of which was an adult Grasshopper Warbler. Unlike young Groppas in the autumn, which are in pristine plumage, the adults are worn and tatty and this bird was no exception. (See the extensive wear to the tail feathers and the distinctive undertail coverts below). 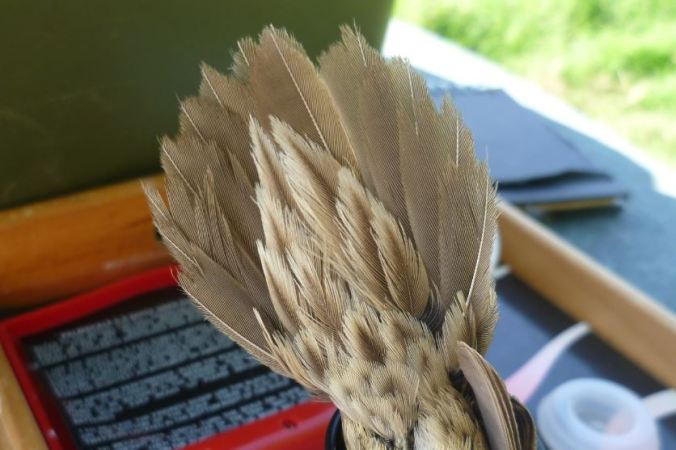 I did spot that it had moulted some  body feathers and the two inner tertials, which, for me, feels like an achievement! 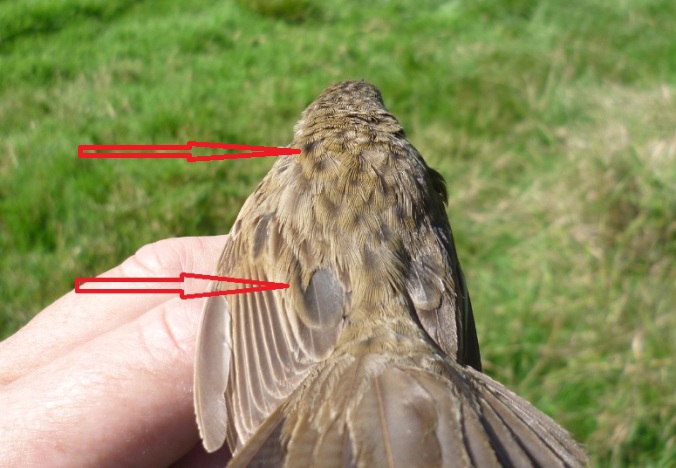 The upper arrow shows new feathers on the mantle, the lower arrow the new middle tertial – broader and darker than the old outer one.