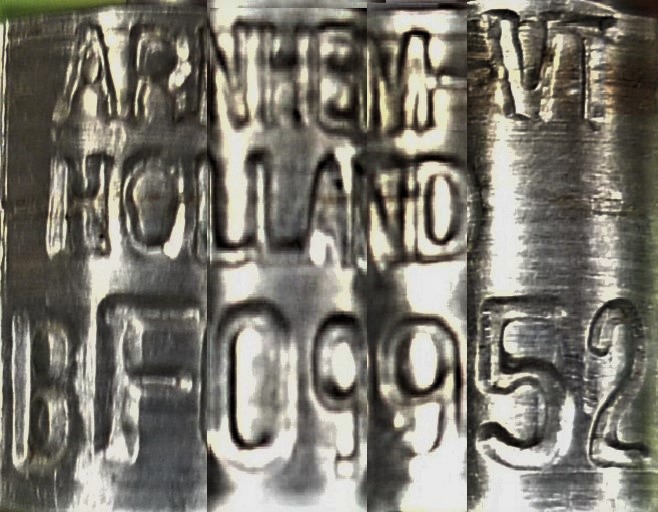 Receiving a ringing recovery report from the BTO always generates a moment’s excitement. In the case of Reed Warbler BF09952, this was tempered by the fact that I knew the bird was carrying a Dutch ring when I trapped it at SML on 22nd August 2017 and had been waiting for over 14 months for the details to arrive. The bird was a 1st year, ringed at Erlecom, Ubbergen, Gelderland, The Netherlands on 11th August 2017 and controlled at South Milton 11 days and 707 km later. 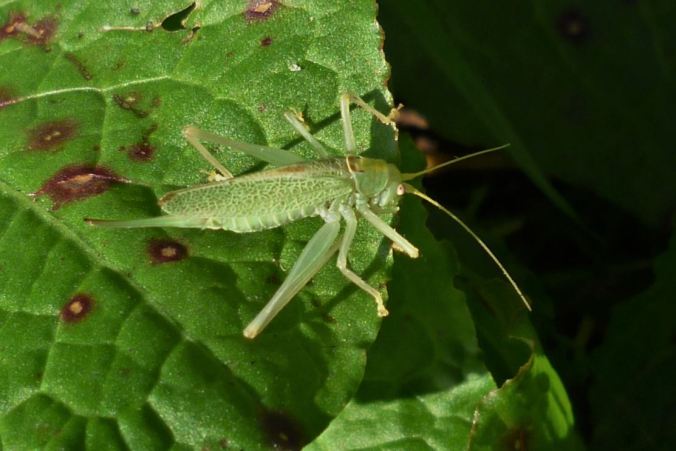 The long spell of dry settled weather continues but with higher winds and a significant drop in temperatures forecast I squeezed in a ringing session before the weather changes. There was little sign of passage, other than a handful of Siskins and a Redwing over, and there weren’t many birds on the ground either. Just 31 birds of 12 species trapped: 1 Blackbird, 5 Blue tit, 1 Cetti’s Warbler, 8 Chiffchaff, 1 Dunnock, 5 Goldcrest, 1 Goldfinch, 2 Great Tit, 1 Long-tailed Tit, 1 Meadow Pipit, 1 Song Thrush and 4 Wren.

The highlight of the day was an Oak Bush Cricket – a new species for the reserve’s insect list, which now stands at 783!

Another glorious day at South Milton. A little too bright for optimum catching and with very little sign of passage either overhead or on the ground, I wasn’t expecting a great deal so I opened two additional nets in Crest ride. This brought the total net length to 126m, which is not far short of the maximum I can safely manage on my own. Crest and Marsh Rides are at opposite ends of the ringing area, 400m apart, so each net round is about 1km, which keeps me busy (and warmer) on cold winter days.

It’s been difficult to summon up the enthusiasm to keep this blog up to date recently after a series of uneventful and uninspiring ringing sessions. I spent the middle part of September at Portland Bird Observatory, where, in the 5 days out of 12 when it wasn’t blowing a gale, I managed to trap just 45 birds. The Observatory’s grand total for the same 5 days was a meagre 135. Birds just didn’t seem to be moving.

It hasn’t been much different since I returned to Devon with 98 birds of 14 species trapped in three sessions at SML between the 26th September and the 9th October and this total includes a high proportion of resident species. Apart from a handful of Chiffchaffs and Blackcaps there were few migrants on the ground, although passage was clearly ongoing with groups of Meadow Pipit, Skylark, Siskins and hirundines overhead. One late Reed Warbler on 26th September proved to be just that, despite my best efforts to turn it into a Blyth’s Reed! I kept myself occupied by playing a Meadow Pipit tape beside a net on the edge of the reedbed. This is not an ideal setup for trapping the species, but it was reasonably successful with 23 ringed.

News of a juvenile Isabelline Shrike, found on Thurlestone golf course yesterday, shows that the potential rewards are out there. Yellow-browed Warblers and crests have yet to reach Devon in any numbers and it was this time last year when the unprecedented influx of Firecrests began. Fingers crossed!