Following the morning’s ringing session, Nick Townsend, Devon Bird’s Area Conservation Officer and I met on site with Simon Tame, Land Management Adviser and Orlando Venn, Senior Water Advisor from Natural England to discuss the possible impacts on the ecology of the reserve of the adjacent South West Water sewage treatment works, which discharges into the SSSI. It was agreed that any improvements to the efficiency of the STW could only be beneficial. I took the opportunity to point out that a lack of contemporary data on the concentrations of nitrate and phosphate entering the reserve, coupled with no guidance on what maximum nutrient concentrations should be, hampered the preparation of the current management plan. Hopefully Orlando will be able to provide some figures for us.

A quick tour of the upper part of the reserve gave me the opportunity to confirm that my understanding of the local hydrology was reasonable. It was agreed that historical widening and deepening of South Milton Stream, the main input to the SSSI, had lowered the water table significantly in the upper third of the reserve. This has resulted in a spread of willow and other trees in this area. The spoil from the excavations was used to create a path along the northern side of the reserve, necessary to allow access, but this nutrient rich substrate, coupled with a lower water table, had encouraged the proliferation of nettle and hemlock water dropwort at the expense of reed. A number of possible interventions were discussed but it was agreed that the best option is probably to do nothing and allow the stream to return towards its original level over time. 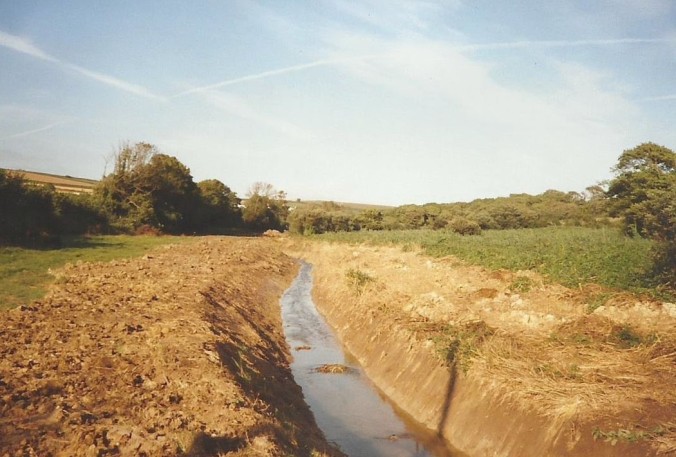